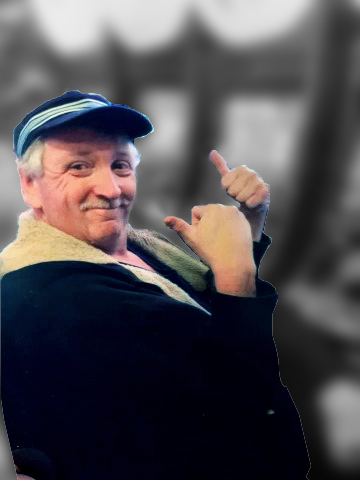 Michael “Hutch” Hutchinson, 64, of Gloucester City passed away on April 9, 2021, at the age of 64. He left this world surrounded by loved ones who will continue to honor his life.

Hutch was a graduate of Gloucester High School Class of 1975, where he excelled on the football field and basketball court. He was a member of the 1,000-point club for the GHS basketball team and was inducted into the Gloucester City High School’s Athletic Hall of Fame because, according to him, “the rebounds were all mine.”

Hutch worked many years as a corrections officer at Camden County Department of Corrections in Camden City, but that profession did not stop him from being the gentle giant that his family and friends knew and loved. Also referred to as the “Eighth Wonder of the World”, Hutch was a sports fanatic. If you were on the court or field, it would be his voice you would hear cheering you on, if he did not like the call by the ump or ref, it would be his voice of discontent you would hear. Hutch had a memory that was unbelievable. He could remember every play, move, mistake, and score from his childhood and high school years to his cousins, nieces, nephews, grandchildren, and of course any sports Marci played.

Hutch was your biggest fan, supporter, voice, and cheerleader standing there at 6’5” the biggest guy in those stands. Hutch lived for all those special games. He will forever be remembered for his larger-than-life personality and his storytelling will remain unmatched and sorely missed.

Hutch was a loving husband to Donna (nee Walens), a proud father to Marci and Andrea Myers (Mike McGuigan), and a doting Pop-Pop to Elias (aka “#1A”) and Julian (aka “#1B”). He was brother to Phyllis “Kitchie” Cipolone (late Joe) and Joseph Hutchinson. Son of the late Joseph and Gloria Hutchinson (nee Fiocca). Son-in-law of Edmund Walens and the late Arlene Walens. Brother-in-law to Cheryl (Ron) Walens-Hill, Edmund (Kim) Walens III, Carole Walens. Uncle to Dana and Kim Cipolone, Mindy (Ryan) Knight, Andrew (Renee) Myers, Steven Myers, Keith Walens, Megan and Tyler Hill (Joy). Great-uncle to Ryan (Ryry), Brayden (BrayBray), Addy, Michael, and Miranda. Also, survived by too many friends to name. However, they were also his family to him.

Hutch had a special bond with Elias from his early years to his love of sports. There was no one that could talk sports, scores, and stats as fast as Hutch except for Elias. Elias was the one person that could get Hutch out of the house and, of course, that was to get chicken parm and milkshakes after one of his sports games.

Hutch was a second dad to Marci’s friends where they had sleepovers every weekend, sometimes even twice a week. He would always pose in the pictures whether it was with a silly hat or with all his girls he loved dearly. Once they walked in the house, they knew it would be at least an hour of storytelling and flailing hands and of course his favorite line to them, “Quit Thumping Around Up There.”

He will forever be remembered for his love of his furry house cats as well as his outside cats. Hutch was a protector of all living creatures. You did not want to mess with him if he found out you hurt any animal. He loved all creatures big and small. He will be missed by all his furry friends.

Hutch loved his coffee in the morning, afternoon filled with fun with all the kids especially ELO with his Henry Huggle Monster. He adored watching all the kids grow up in front of his eyes and teaching them new tricks like grabbing him a water bottle, getting peanuts to feed the squirrels, and of course teaching them all about sports and music. At night, he loved to watch his sports and game shows, along with eating his dinner at eight even though his wife Donna made it at five.

He was always excited for his vacations down the shore to Wildwood that brought him back to the “good ole days” and where he had the best memories with his family and friends. He loved watching them spin the wheel, play cards, and having the time of their lives. As the kids grew up, he loved seeing his great nephews/niece and making special bonds and memories with them.

His daughter and wife secretly loved hearing his stories everyday even if they heard them a million times already because of the pure happiness that came with the story.

The three of them together lived a low-key life but to them it was the perfect life with Jules. Donna and Marci will miss being boxed out in the kitchen when they try to get their cup of coffee in the morning, almost getting hit by Hutch because they scared him by just walking in the hallway, his exaggeration of falling, his hands gestures, his magic touch to get Jules asleep, his hugs, and most of all his laugh and smile.

Family and friends are invited to celebrate his life on Friday, April 30, from 11 a.m. to 3 p.m. at the Brooklawn American Legion, 11 Railroad Ave, Brooklawn. Sharing of memories and stories of Hutch will begin at 1 p.m. All who attend are asked to dress in their favorite sports gear, anything purple, or the Hutch standard: T-shirt, shorts, visor, and a smile.